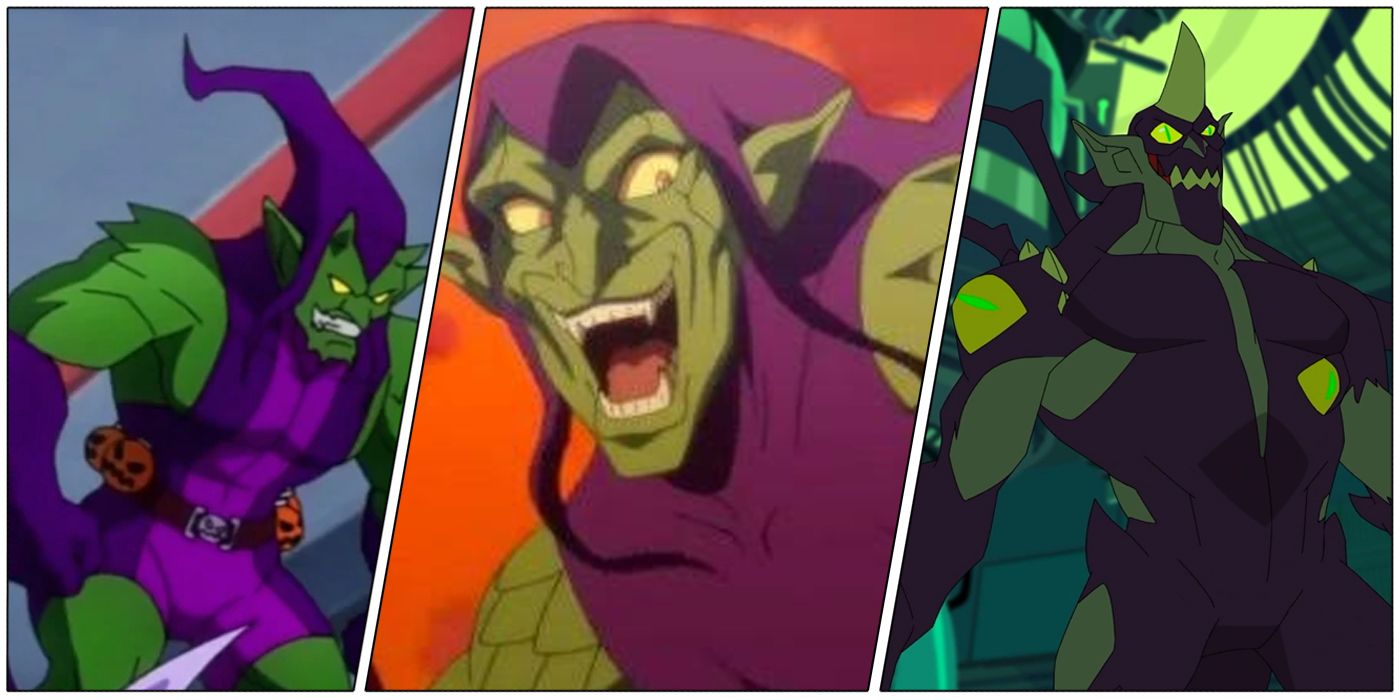 Trying to be a hero and Green Goblin is doomed

Marvel just revealed that Oscorp is teaming up with Spider-Man in Amazing Spider-Man #1 (by Zeb Wells and John Romita Jr.) with a new costume. Everyone’s favorite wall-crawler is now in a red Green Goblin-style costume with green accents. Spider-Man will also try out a “Spider Glider” and add “Egg Bombs” to his arsenal that release baby nano-spiders.

Marvel also announced that Norman Osborn, the original Green Goblin, will return in Amazing Spider-Man #7-8. The franchise’s spin on a Spider-Man/Oscorp collaboration warrants a review of two ill-fated attempts at heroism using Green Goblin technology. Harry Osborn and Phil Urich both tried to turn their versions of the pumpkin-throwing goblin into heroes. Both cases happened haphazardly, but had their moments of glory.

RELATED: Spider-Man Gets a New Green Goblin-Designed Suit (and Vehicle)

Harry faces bouts of mental instability and amnesia. After recovering his memories, Harry still resorts to becoming Green Goblin. Wearing the mask rekindles his hatred for Peter Parker and Spider-Man. Harry Osborn returns to the alter-ego several times to avenge his father, but also has a great moment of heroism inside the green suit.

Spectacular Spider-Man #188 (by JM DeMatteis and Sal Buscema) Harry Osborn spends his evenings in an abandoned warehouse bathing in a giant tank of modified Goblin formula. Every time Harry appears next, he’s sweaty and manic. The formula gives Harry superhuman strength, but also acts as a toxin that gradually poisons him.

Fresh out of the vault, after doing time for crimes committed while acting as the Green Goblin, Harry’s Green Goblin terrorizes John Jonah Jameson at the Daily Bugle in Spectacular Spider-Man #200 (by JM DeMatteis and Sal Buscema). He asks Jameson to publicize his new charity: the Norman Osborn Foundation.

Green Goblin broadcasts news of his plans and has a meeting with Spider-Man, revealing to him that he has absorbed Norman Osborn’s strength-enhancing formula. Apparently he’s gone completely insane over the goblin formula and the new concoction has surprisingly deadly side effects.

Harry’s Green Goblin throws a gala for the foundation and secretly plants a bomb in the event space. At first, the Goblin plans to blow up the entire guest list. He instead decides to lure Spider-Man into the building in a mad plot to kill himself and Peter, ridding the world of the duo’s psychodrama. Harry’s plan is foiled when Mary Jane tries to intervene and brings her son Normie into the building.

Mary Jane finds Spider-Man on the floor dosed with a tranquilizer. Green Goblin is forced to save his son and Mary Jane, and at Mary’s plea, he returns to the building to rescue Spider-Man. Unfortunately, the ill effects of Goblin’s new experimental formula are fatal, and he ends up dying with Spider-Man by his side.

Phil Urich, nephew of Daily Bugle reporter Ben Urich, is the most famous non-Osborn to put on the Green Goblin mask. Following the events of the Clone Saga, Urich, the fourth Green Goblin, makes his first appearance in Spider-Man web #125 (by Terry Kavanagh and Steven Butler). Phil is as much of a lost soul as Harry Osborn, jumping from job to job, dropping out of college, and generally pondering his purpose in life.

Urich’s goblin origin is revealed in Green Jester #1 (by Tom DeFalco and Scott McDaniel). Harry Osborn is dead and Phil’s uncle Ben is writing a book about the Green Goblin. Phil, a Bugle intern, is assigned to investigate a property that Uncle Ben thinks is a former goblin lair. Phil reveals the location of the warehouse to old friend Fast Freddie Glazer, who passes the information on to local criminal Ricko the Sicko. Uncle Ben goes to the warehouse as it is ransacked by Sicko’s gang and Phil must save Ben from murderous criminals. During the raid, Phil falls into a goblin fluid glass unit that bursts, leaving Phil exposed. He then escapes from the warehouse and Sicko’s crew by donning the Goblin Suit and piloting the Goblin Glider.

Phil Urich meets his football hero, Johnny Dare and witnesses the heroism of the Human Torch in DeFalco’s Green Jester #2. Urich’s Green Goblin is then inspired to join a superhero team and settles on the New Warriors. The team members wonder why anyone would want to make the Goblin image a hero, and Phil’s membership in the New Warriors doesn’t pan out.

Phil’s Green Goblin then takes off, finding some luck in saving Johnny Dare from a skirmish with The Rhino. The police see this differently; Everyone fears Green Goblin, so naturally they think he’s taken the football star hostage. Still, Phil prevails and then utters his usual funny lost sheep catchphrase: “So what am I supposed to do now?”

Defalco Green Jester #5 Phil is haunted by “Ghosts of Goblin’s Past”. Urich’s insecurity takes the form of the long-dead Green Goblins, plus Ned Leed’s Hobgoblin and a fiery wrath called the Demogoblin. The ghosts warn Phil: “Death comes to all who dare to assume the mantle of the Green Goblin.

RELATED: Why Kingpin’s Repeat of Green Goblin’s Worst Mistake Matters So Much

Sentinels invaded Manhattan in Defalco’s Green Goblin #12. After much deliberation regarding his role as a superhero, Phil Urich’s Green Goblin takes on the giant robots, but probably partly to impress a girl. Ulrich is able to defeat a sentry, but the internal circuitry of his goblin mask, the source of his superhuman powers, is damaged. After trying to be a heroic Green Goblin without his mask, Phil substitutes a ski mask and his old Schwinn bike in DeFalco’s Green Goblin #13. He later adopts other goblin-related alter-egos trying to be a villain as Hobgoblin and Goblin Knight. His run ultimately leads to his death at the hands of a resurrected Norman Osborn.

Harry and Phil’s Green Goblins are compromised when it comes to heroism. Harry’s heroism suffers from his obsession with avenging his father’s death. Phil’s problem stems from his motivation to focus on being a “costumed celebrity” and not doing the bravery work. Attempts to blend heroism and Green Goblin persona validate the warning: death will come to those who assume the role of Green Goblin.