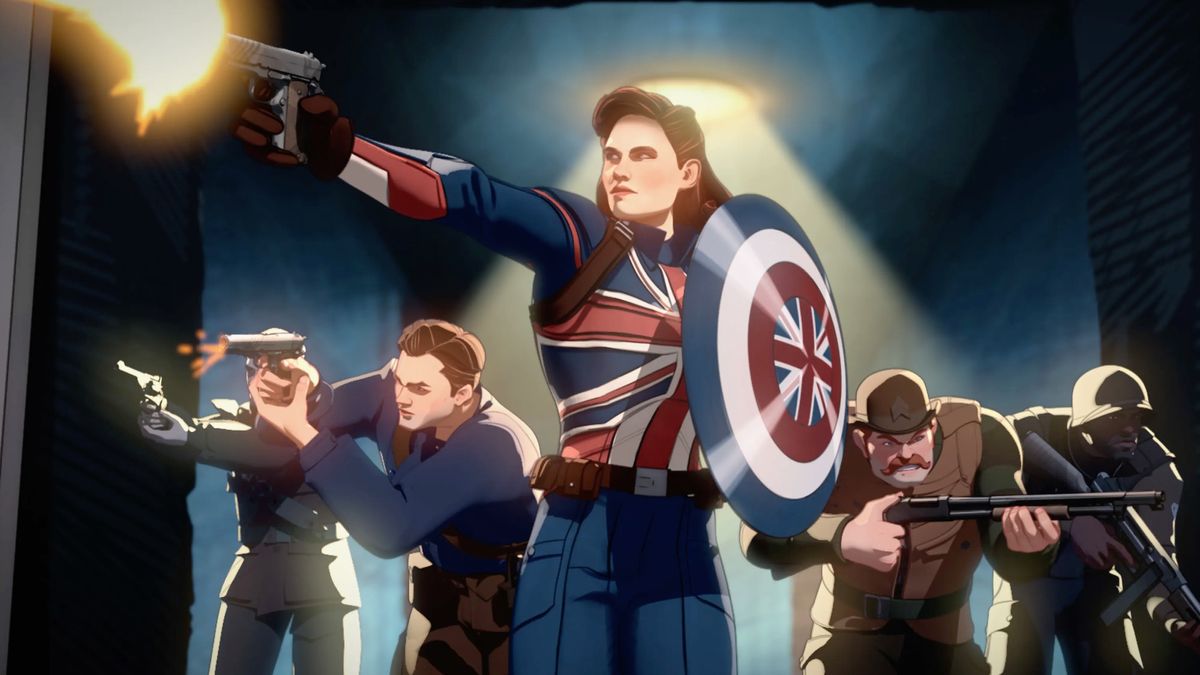 What if…? Is the latest installment in Marvel Cinematic Universe TV content and the first to tell its stories in animated form. The premise of the show is to tell stories about what might have been, if different decisions had been made, and how that impacted the Marvel movies.

We’ve only seen two episodes of the show so far, but even so early on, it’s obvious what if…? should try to tell their own stories – and not just adapt existing MCU movies.

The first two episodes of Et si…? Show us how things would be different if the characters were swapped. The first dealt with what happened if Peggy Carter got the Super Soldier Serum instead of Steve Rogers, and the other focused on what would happen if T’Challa was kidnapped and became Star Lord instead of Peter Quill.

And these two episodes couldn’t have looked more different.

The first two episodes of What If…? are poles apart

The first episode of What if…? It was essentially a remake of the very first Captain America movie, although it had a different ending. Meanwhile, the second episode takes a lot of inspiration from the Guardians of the Galaxy, but tells its own original story.

Needless to say, the first episode was very derivative and rushed. This is what happens when you try to condense a two hour movie adaptation into a 32 minute TV episode. The story of Captain Carter jumped from point to point in the plot, trying to go from infusion of Peggy’s Super Soldier Serum to the point where she would sacrifice herself and end up in modern times.

It’s almost like South Park’s “Member Berries” made an adaptation of Captain America’s first movie. “Member when Captain America rescued the POWs from Hydra?” Yeah I’m a member! “Member of the train sequence?” Ooh yeah, I remember that.

And so on, for a good half hour.

The second episode of What If…? is also guilty, but not to the same extent. There are frivolous callbacks to the Guardians’ first movie and the larger MCU, but they’re mostly kept in the background like Easter eggs. The actual plot is an original story, and it just so happens to be a story that features characters similar to those we already know.

Even the inclusion of Thanos made sense, as it showed how different things could have been if T’Challa was Star Lord. Whereas with Captain Carter, things went pretty much the same as with Captain America. The details have changed, but not the trip. With T’Challa, the entire cosmic ending of the MCU was turned upside down, simply because T’Challa isn’t Peter Quill.

What if…? Must be his own thing if he wants to be successful

The whole premise of What If ..? is that it’s supposed to be the story you know, but slightly different. A simple “what if it happened instead?” And explore the world that was born from it.

The problem is, the concept is only interesting if things turn out differently. Otherwise, you’re just telling the same story in a different way, and that’s boring. The first episode of What if …? was incredibly linear and predictable, or at least it was for anyone who saw the first Captain America movie.

You knew Peggy was going to have a showdown with the Red Skull and somehow end up in modern times. The fact that the final sequence was changed slightly didn’t make much of a difference.

The same couldn’t be said about the second episode, as it strayed so easily and quickly from the Guardians of the Galaxy. And the fact that the show is totally non-canon made me wonder if Marvel would kill T’Challa or key members of his team before the episode ended.

We can’t pass judgment on the show as a whole as there are still seven episodes left. Some of these episodes will be completely different from the movies (like Marvel Zombies) while others might fall into the same trap as Captain Carter (like Tony Stark taking the Hulk’s place on Sakaar).

At the end of the line

There is absolutely no way to completely disconnect What if…? movies, because these stories are based on the MCU tales that everyone knows and loves. This connection is its main draw and is the only reason the show exists in the first place.

But if…? it is also necessary to separate the stories he tells from the stories already told in the films. Because constantly restarting movies in a 30 minute TV show is going to get very boring very quickly.