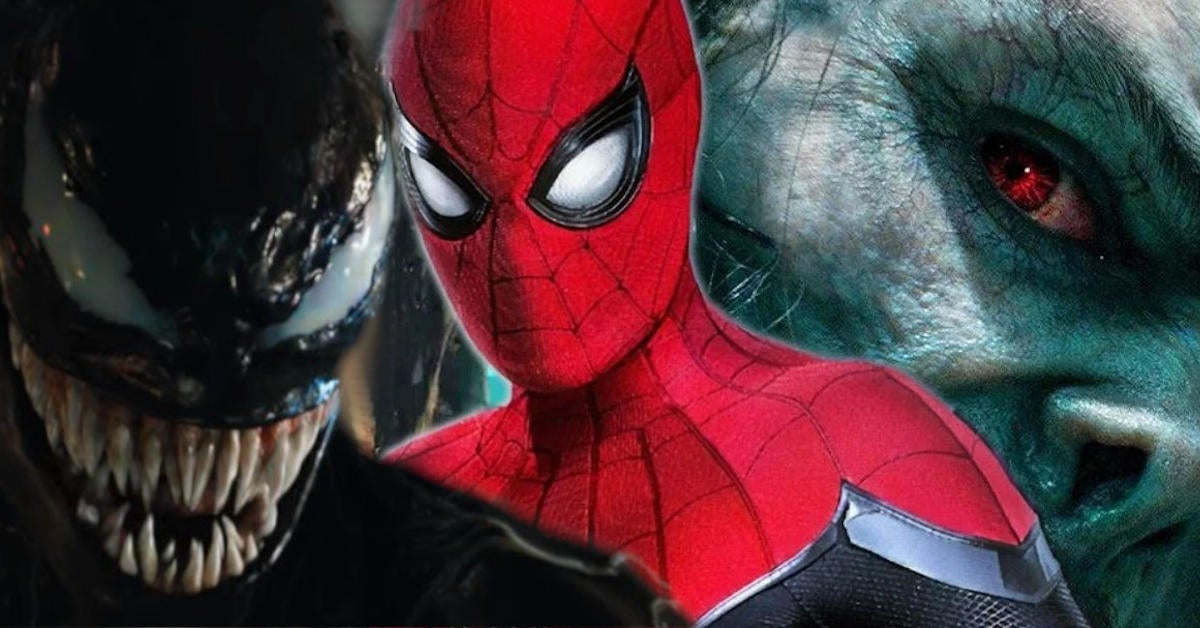 Spider-Man: No Path Home is going to be a game-changer for the Marvel Cinematic Universe – or rather, the Marvel Cinematic Multiverse. When Peter Parker (Tom Holland) and Doctor Strange (Benedict Cumberbatch) miss a reality-changing spell, it will trigger all kinds of villainous and hero variations from across the Spider-Verse. Right now, the rumors (and outright leaks) have made it clear what kind of unique No Way Home event is going to be – the question is, where does it all lead? With everything going on behind the scenes, now is a good time to ask yourself: what should happen next? Spider-Man: No Path Home?

As indicated, Spider-Man: No Path Home should bring together a collection of great actors (and their Marvel Comics characters) who have appeared in previous versions of the franchise. The confirmed list includes a
The “Sinister Six” villain team made up of Alred Molina (Doctor Octopus from Spider-Man 2), Jamie Foxx (Electro from Amazing Spider-Man 2), Willem Dafoe (Green Goblin from Spider-Man), Thomas Hayden Church (Sandman from Spider-Man 3), Rhys Ifans (The Lizard from Amazing Spider-Man) and (perhaps on the heroic side) Venom by Tom Hardy. Bigger surprises are rumored to include the return of former Spider-Man actor Tobey Maguire and Andrew Garfield, who allegedly helped Tom Holland’s MCU Spider-Man fight this multiversal threat.

From the start of the marketing and promotional talks for Spider-Man: No Way Home, it became apparent that this is the end of the Spider-Man MCU saga as we know it. How it all turns out in terms of history remains to be seen; However, Marvel fans are well aware of everything that goes on behind the scenes.

At this time, it is not known what happens to the partnership between Marvel Studios and Sony Pictures after the end of No Way Home. We know Sony is aggressively building, branding and promoting its “Sony Spider-Man Universe” (SSU) business: Venom: Let There Be Carnage has opened the door for Sony’s Morbius and Kraven The Hunter films to all exist. in a large sandbox. But where the Spider-Man character fits into the Sony franchise, and what the character’s future looks like in the MCU, are two major questions to be answered both on-screen and off-screen during the release. Spider-Man: No Way Home rooms.

One of the biggest open questions is also the future of Tom Holland (and, to a lesser extent, his Spider-man co-stars). It would be completely understandable if Holland were fed up and done with a franchise like this (and one that rarely focused on him as a solo performer). The young actor clearly has ambitions beyond Spider-Man, and No Way Home may be the easiest exit and transfer for the franchise he will get. This opportunity comes as the multiverse storyline of Spider-Man: No Way Home will lay the groundwork for a clear potential change for the franchise: more than one Spider-Man existing in the Marvel multiverse at a time.

Once No Way Home establishes this concept, there doesn’t necessarily have to be a tussle between Marvel and Sony over who can use Spider-Man and where; Based on the deals that can happen behind closed doors, there could easily be a Spider-Man for the SSU and a Spider-Man for the MCU – and different actors assigned to each. Could Miles Morales find a place in the live-action MCU? (Sony Animation already has him as the main character in the Oscar-winning Spider-Man Into the Spider-Verse franchise.) Could Andrew Garfield be hiding a big secret about the return of his abortive Spider-Man run in the new SSU franchise? Does Sony have a new Spider-Man star waiting backstage to debut?

Spider-Man has always been a Marvel hero big enough to appear in two franchise universes, as well as an animated universe – so why not capitalize on it? What do you want to happen after Spider-Man: No Way Home? Let us know in the comments.