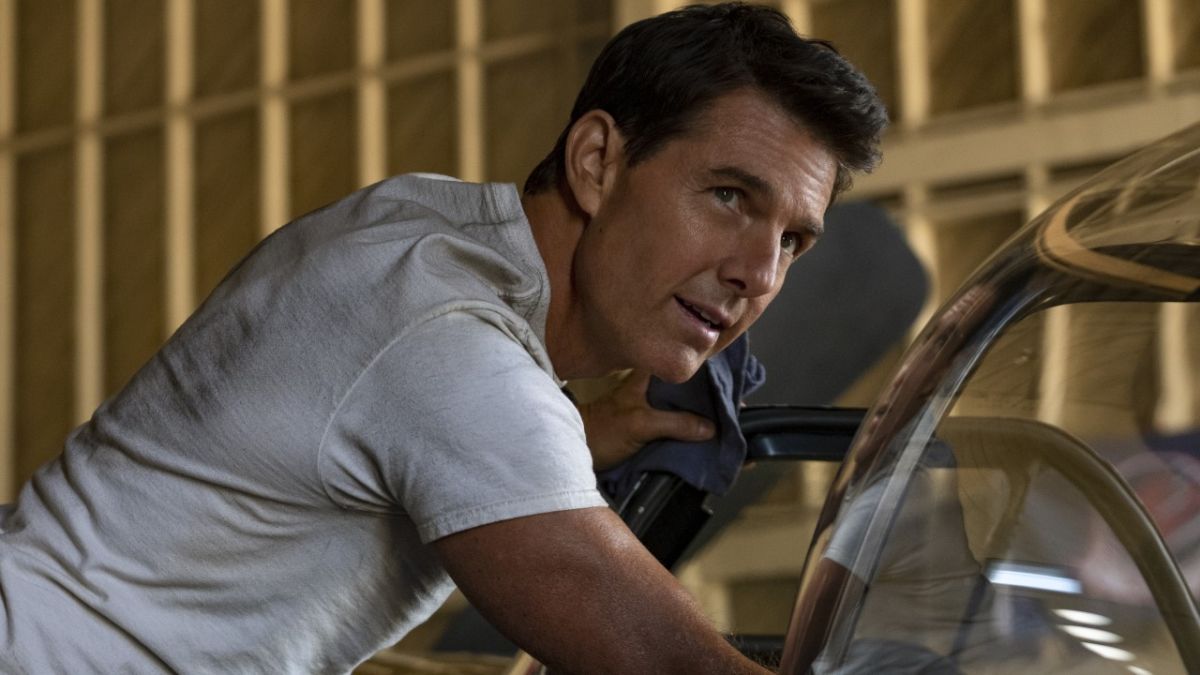 From the beginning, the Marvel Cinematic Universe has been filled with incredibly talented actors playing its most iconic superheroes, as well as those unforgettable and nuanced villains. It all started in 2008 when Iron Man made its way into theaters and launched the franchise, while giving its star, Robert Downey Jr., a shot at an even bigger career. Even though Downey’s Tony Stark has become one of the most beloved heroes in superhero movie history, another industry icon was once attached to portray the genius, billionaire, playboy, philanthropist …and that man was Tom Cruise.

The history of Tom Cruise’s involvement with the MCU dates back almost 20 years, long before Kevin Feige and Marvel Studios changed the landscape of superhero film, and even longer before the Top Gun: Maverick the actor was rumored to play Supreme Iron Man in the cameo-heavy Doctor Strange in the Multiverse of Madness. With all of this history, some might wonder what Cruise himself had to say about one of the biggest “what ifs” in movie history. Well, look no further…

Before Robert Downey Jr. took on the role, Tom Cruise had long been rumored to play Iron Man

The list of actors who have almost played Marvel characters is full of some of today’s most recognizable faces (and voices), and at the top is Tom Cruise. Back in 2006, we covered some of the speculation surrounding the ageless actor playing Tony Stark in the yet-to-be-launched Marvel Cinematic Universe. According to multiple reports at the time (most of which have been lost to time on the ever-changing internet since then), Cruise was reportedly interested in playing Iron Man as early as 2004, when Jon Favreau first arrived to direct the film.

With Paramount Pictures producing the film, it only made sense to have one of the studio’s biggest stars front and center. However, it just wasn’t meant to be and the role went to Robert Downey Jr.

Although there was speculation that Tom Cruise would direct the Iron Man film in 2006, the actor expressed his doubts about the project more than a year earlier when asked about the long-running project. During a visit to War of the Worlds set in February 2005, IGN asked Cruise about the prospect of playing Tony Stark and if the movie would ever come to fruition, to which he replied:

Later in the interview, Cruise explained that he never made a movie just to make a movie and that he had to care about the story. When it came to Iron Man he said he just wasn’t “on” yet. But it wouldn’t be the first time Cruise was attached to portray Iron Man, and it wasn’t the last time he would speak on the matter.

Speculation surrounding Tom Cruise and his involvement in the Marvel Cinematic Universe would continue to increase in the years following these initial reports and comments, including in April 2018, in an interview with ComicBook.com. When asked how close he was to playing Tony Stark before Robert Downey Jr. came on the scene, Cruise answered this:

In addition to sharing praise for his Thunder in the tropics co-star, Cruise said he would “not rule anything out” in terms of showing up in a superhero movie at some point in the future.

The buzz around the whole “Tom Cruise as Iron Man” business has died down somewhat over the years, but has reached new heights in the run-up to Doctor Strange in the Multiverse of Madnesswith rumors circulating that Impossible mission The star would play “Supreme Iron Man” in the mind-blowing MCU film. Much of the speculation stemmed from a scene in the film’s trailer that showed Stephen Strange (Benedict Cumberbatch) being escorted by Ultron sentries, which fans thought could only be built by Tony Stark. These rumors were crushed by screenwriter Michael Waldron in May 2022 rolling stone interview where he reveals that this has never been the case:

While he knows that Tom Cruise’s Supreme Iron Man wouldn’t make an appearance in the film, it’s easy to see that Waldron was excited even thinking about the prospect of the character appearing.

In the Rolling Stone interview mentioned above, Michael Waldron was asked if anyone pitched the idea to Tom Cruise early in development, to which he responded by saying that Tom Cruise was filming Mission: Impossible – Dead Reckoning Part 1 and Second part at the time, which made the whole situation delicate:

Cruise’s schedule being completely unbalanced with the different Impossible mission films and the May 2022 release of Top Gun: Maverickit’s easy to see how getting him to show up for a brief appearance would have been a tall order.

Even though Tom Cruise has yet to appear as Iron Man, that doesn’t mean the prolific actor won’t make an appearance in some form in one of the many upcoming Marvel movies. With John Krasinski, Patrick Stewart, and Ryan Reynolds already appearing or set to appear in the MCU at some point in the future, anything can happen, right?