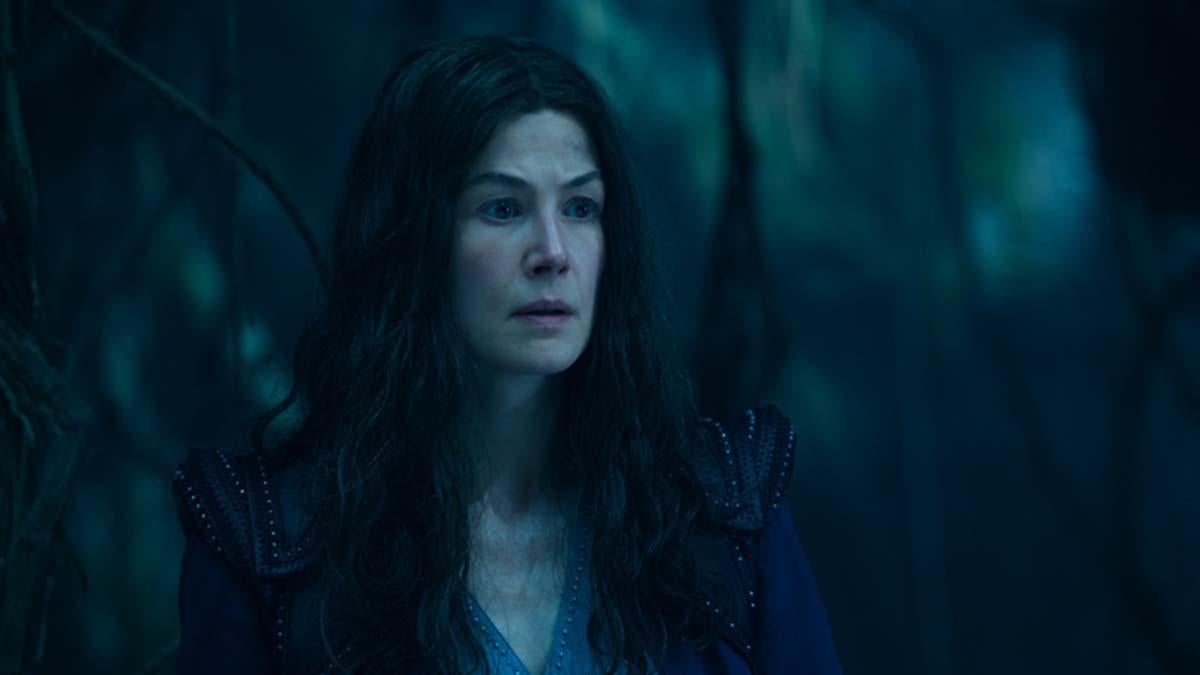 The wheel of time ended its first season today with an explosive finale that saw entire armies fall, revealed several new mysteries, and changed every major player in the cast in significant ways. From the episode’s earliest moments, when we saw Lews Therin Telamon (The Last Dragon) during the Age of Legends to the final showdown between Rand, Ba’alzemon, and Moiraine in the Eye of the World and the tantalizing tease of the Seanchan arriving as the new invasion force, there were a lot of questions we had about where The wheel of time would go then. And who better to answer these questions than Rafe Judkins, the showrunner of The wheel of time? ComicBook.com was fortunate enough to pick Judkins’ mastermind on the season finale, why he changed some things about the book, and if he really killed a fan favorite character.

ComicBook.com: So my first question is, how did you choose the futuristic aesthetic for Age of Legends? It was a really interesting choice but it was not what I expected.

Rafe Judkins: When our production designer started creating the Age of Legends look, what we really wanted to feel was a timeless quality, that when you first sit in it, it looks old and modern at the same time.

So much of the costume design and production used a lot of Greek lines, clothing, and set design, as they convey something that looks old and that is old, but actually has a really modern sensibility. And so that was the kind of light that guided the design of what Age of Legends would look like.

And then when you step out the window, you really see this aesthetic that exists inside. The nursery, sort of built into a big massive modern city that people can really read how futuristic it was. It was really important to us, for the audience to see. This is such an important aspect of The wheel of time, throughout the series, to understand the story of the World Rupture and that this very technologically advanced society was shattered.

One of my favorite parts of the season as a whole has been how you’ve built the romance between Rand and Egwene. It’s different from what it was in the books and it seems to become a bit more of a tragic romance. And I was curious, how does this association, having a much more established relationship, change the dynamics of the story?

Judkins: I mean, for me it just deepens the dynamics of the story, I think all the actions they take to move forward in the books have that underlying foundation. I don’t want to spoil anything for non-book fans, but there is a scene in episode seven where she tells him, “I’ll always be behind you.” There is something really beautiful about it when you think about what to expect and how difficult some of the choices they will have to make are.

So I think there is in the text that they always thought they would be together, that they really loved each other, and I think the deepening gives the character so much more to play with as they go. let them move forward.

In the finale, the show moved the destruction of the trolloc army that attacks Fal Dara from Rand’s channeling action to something that Nynaeve and Egwene and the other Fal Dara channels did. I was curious as to what had happened in this decision.

Judkins: One of the guiding points of the first season adaptation that we got was to take that out of Rand’s story, like it’s in the first book, and make it a whole story because the whole series of The wheel of time the books are really a whole story, not a Rand story.

We tried to do the same with the finale of Eye of the world delivered. In the books, Rand confronts Ba’alzamon, then essentially teleports to Tarwin’s Gap and levels up an army, then finds the Horn of Valere. He does all the things himself, so what we really tried to do is take that and divide it up among our ensemble, so that each of them has something to do in the finale. The girls, I think, are kind of knocked out in the World’s Eye at first and then kind of subconscious.

To make it feel like the whole thing, we gave each of them pieces of what happened in that finale and then we kept the most important piece for Rand and his journey to him. We’ve given the girls something very important to what their story will be in season two, book fans will know where they’re headed and why, what this moment means for them to move forward. And then the same for Perrin and where he goes with the Corne de Valère. It felt like a really natural way to define where all of these characters were going in season two, to deliver all the bits of the book finale, but to spread out more evenly among the characters.

Okay. Then I have a very specific and direct question. Is Loial dead?

Did you kill Loial?

Hopefully the finale will emotionally prepare people for the deaths to come. Because one thing The wheel of time the books do it wonderfully, is that they maintain a huge cast of characters for 14 pounds. And you can’t do that on a TV show. So there will be some shocking deaths ahead, but I can confirm that this is not the end of Loial.

Thank you. I appreciate that.

Judkins: No, Hammed [Animashaun, who plays Loial] is too good too. He is incredible.

He is so nice!

In the series, the Eye of the World appears to have a very different purpose and role than in the books. It almost looked like it and Shayol Ghul was sort of combined into one place. Is this correct or is it some kind of wrong direction? Because we saw Lews Therin in Rand’s flashback to the eye of the world.

Judkins: Yes, it is intentionally left ambiguous. One thing we do that’s different from books, books take a lot of what’s said to be true, where it’s like, “Oh, 3000 years ago that happened and it’s 100% true. . We know that for sure. “

In the show, people are a little more skeptical about the truth of the matter. Storytellers are sometimes less reliable just because we make them a bit more human as well, so you can see their flaws more. I wouldn’t trust anything that comes out of the mouths of our characters.

We have a clear plan for what we saw there, but it won’t be clear to the public because … I don’t know. It depends on the number of seasons to come. I think it’s one thing that I’ve noticed that some book fans are very literal with what the characters say and do and just that they’re right about everything. But I think in reality people are very often not right about everything.

Speaking of things to come, the Forsaken were mostly left out in the first season. They’re only really introduced at the end of the first book, and I can understand why you didn’t have just two new villains for five minutes. My big question is, are we going to see Aginor and Balthamel in the future? Or are you reducing the number of Forsaken that appear in the series?

Judkins: Well, I think it’s a bit along the lines of what I just mentioned. However, we show very clearly on screen that there are eight abandoned statues in Episode 5.

In the Eye of the World showdown, Moiraine is immobilized and Rand leaves on his own so as not to hurt his friends during his descent into madness as a male channeler. Obviously it’s a big gap from the books, but how do these two decisions and gaps from the books somehow set us up for next season?

Judkins: We’ve been very specific about the end of the season and our plans for season two and season three. We had to land properly so that we could tell the whole story we need to tell, which is a lot. I think I’m okay with saying that you’ll see some characters set up for their storylines from book two and some characters are being set up for their storylines from book three onwards. And it is intentional.

And obviously, Moiraine is desperately underused in the second volume. And so, from a show standpoint, we have Rosamund Pike and Daniel Hanney, they’re the most amazing actors. We’ll give them things to do. And so we take whatever they have in the books and we really develop it.

My final question: is there anything you wish you could put into the first season that you couldn’t fit in due to your episode constraints or just because you just couldn’t fit in? in the history of the series?

Judkins: Oh my God, there are 80 things on my mind. There are so many things I wish we could have done. I think most of the time I wish there were some things that could have been extended. We originally planned an episode in The Ways and an episode in Shadar Logoth. I would have liked to be able to develop them further.

And then for something that we completely cut … I loved the whole Caemlyn story, but I really support why we moved it to Tar Valon, and we had to do it for production reasons. But if money weren’t an issue, I think it would have been really wonderful to be able to do this story too.

Well, I can’t wait to see how you fit Elayne into season two. She’s a favorite.

Judkins: The actress is gorgeous. I can guarantee you will like her because she is so Elayne it’s like a joke.

The first season of The Wheel of Time is available now on Prime Video.