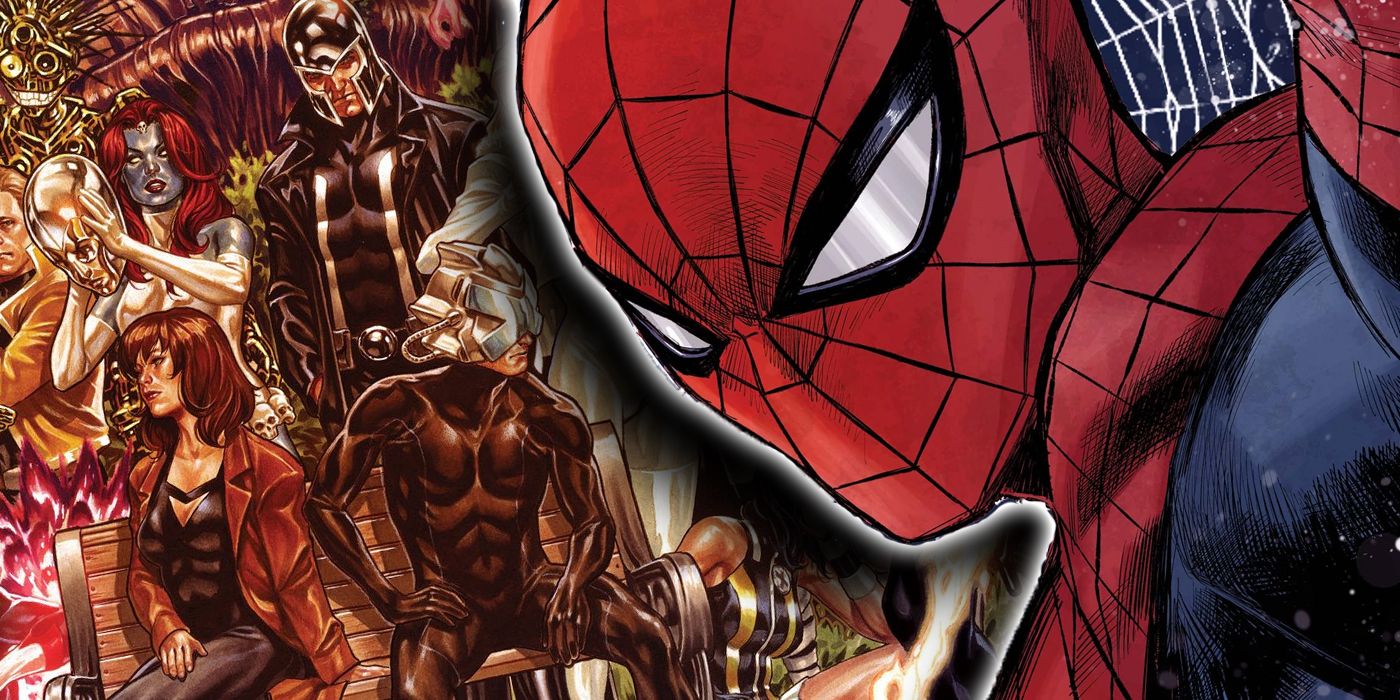 Each week, CBR has your guide to browsing through new and recent comic book releases, specials, collected editions and reissues, and we’re dedicated to helping you choose the ones that are worth your hard-earned money. It’s a little slice of CBR that we like to call Major issues.

If you wish, you can purchase our recommendations directly from comiXology with the links provided. We’ll even provide links to books we’re not so hot on, just in case you don’t want to take our word for it. Be sure to let us know what you think of this week’s books in the comments! And as always, SPOILERS BEFORE!

BATMAN AGAINST. FAT ! A WOLF IN GOTHAM (DC)

In addition to being published by DC Comics, Batman and Bigby Wolf’s Fables fame was united only by their publisher and their respective video games based on the history of Telltale Games. However, the dark knight and Fables’ big bad investigator crosses over in Batman vs. Bigby! A wolf in Gotham # 1, by Bill Willingham, Brian Level, Jay Leisten, Lee Loughridge and Steve Wands.

True to its title, it is above all a Batman story, with the dark fantasy of Fables bleeding on the edge of a murder mystery in Gotham City. With a dark and finely drawn look, the art team creates the perfect, slightly supernatural vibe for this unlikely crossover that gives it an impressive start.

With a roster of Spider-Man artistic talents, this comic sees Spider-Man, Mary Jane, and Harry Osborn getting mostly satisfying answers to long-standing questions in their final battle with the vampires. With revelations that reframe rather than repudiate some of Spider-man’s most controversial stories, The Incredible Spider-Man # 74 marks an action-packed end to one of Spider-Man’s defining modern tracks.

After years of being an Eternal Support character or a corpse, the Scarlet Witch gets a late lead role in The Darkhold: Alpha, by Steve Orlando, Cian Tormey, Jesus Aburtov and Clayton Cowles. When Doctor Doom unveils the secrets of the mystic Darkhold, Wanda assembles a team of heroes to stop the reign of the dark god Chthon before it begins.

The Darkhold bills itself as the first real comic book showcase for The Scarlet Witch after WandaVision, and Orlando’s script captures Wanda’s voice well while cleverly using her complicated past to inform – but not define – the proceedings. While the art is solid throughout the book, it comes to life with the gruesome takes of the Marvel heroes that fill the last few pages of the well-written book.

After an instant classic run on Flash, Joshua Williamson and Howard Porter reunite, along with Hi-Fi and Steve Wands, and turn their attention to Slade Wilson in Deathstroke Inc # 1. This title sees Deathstroke teaming up with his occasional rival Black Canary to take on the dark forces of the DC Universe as part of the TRUST organization.

While Deathstroke has had a good handful of lead roles over the years, this one begins with clear stakes that bring out the human side of the DC villain. Under Hi-Fi’s neon bursts of color, Porter’s work continues to shine here, especially with the book’s inventive character designs and the many action scenes.

With Hell # 1, Marvel kicks off the four-part finale of writer Jonathan Hickman’s tenure as mastermind of the X-Men. Hickman, Valerio Schiti, David Curiel, and Joe Sabino deliver a fitting epic story with existential stakes for Marvel mutants that builds on the past year of X-Men stories. As Professor X and Magneto attempt to chart a new course with the rulers of Krakoa, this issue sees Mystique’s vengeful return with an unexpected ally.

Almost this entire issue is devoted to exploring the halls of Krakoan power, but Schiti and the art team give the book a sleek and sleek look that blows these conversations off the page. Although it is not clear how much history Hell can realistically explore over the next three issues, this is a solid setup for the next stage in mutant history as it marks the beginning of the end for one of the best X-Men writers .

We hope you like the items we recommend! Comic Book Resources has affiliate partnerships and as such we receive a share of the revenue from your purchase. It won’t affect the price you pay and helps us provide the best product recommendations.

Tim Webber is a writer, journalist and content creator based in Atlanta, Georgia. With over a decade of experience, Tim has written everything from news analysis to cultural criticism on comics, film, television and music. In addition to his work for CBR, Tim has written for a number of print and digital publications, including Creative Loafing and Frequency Magazine. To capitalize on his disturbing knowledge of comics and superheroes, he also helped design and teach courses based on graphic novels at Emory University, his alma mater. He can usually be found sipping tea, meeting deadlines, or getting trapped under a really big pile of 90s X-Men comics. If he sounds slightly interesting, you can follow Tim on Twitter @ MrTimWebber.